home > Sandblasting Equipment > How to Choose a Pressure Sandblaster System?

How to Choose a Pressure Sandblaster System?

If you are unfamiliar with how the pressurization/depressurization of the blast pot works, we suggest you read the guide How to Operate A Pressure Blast Pot.

You can choose between three configurations when you purchase a PPB Series Pressure Sandblaster, each of which have benefits for a given application.

The RC-176 Pressure Release System extends blasting autonomy by automatically filling the tank while the machine is on standby. 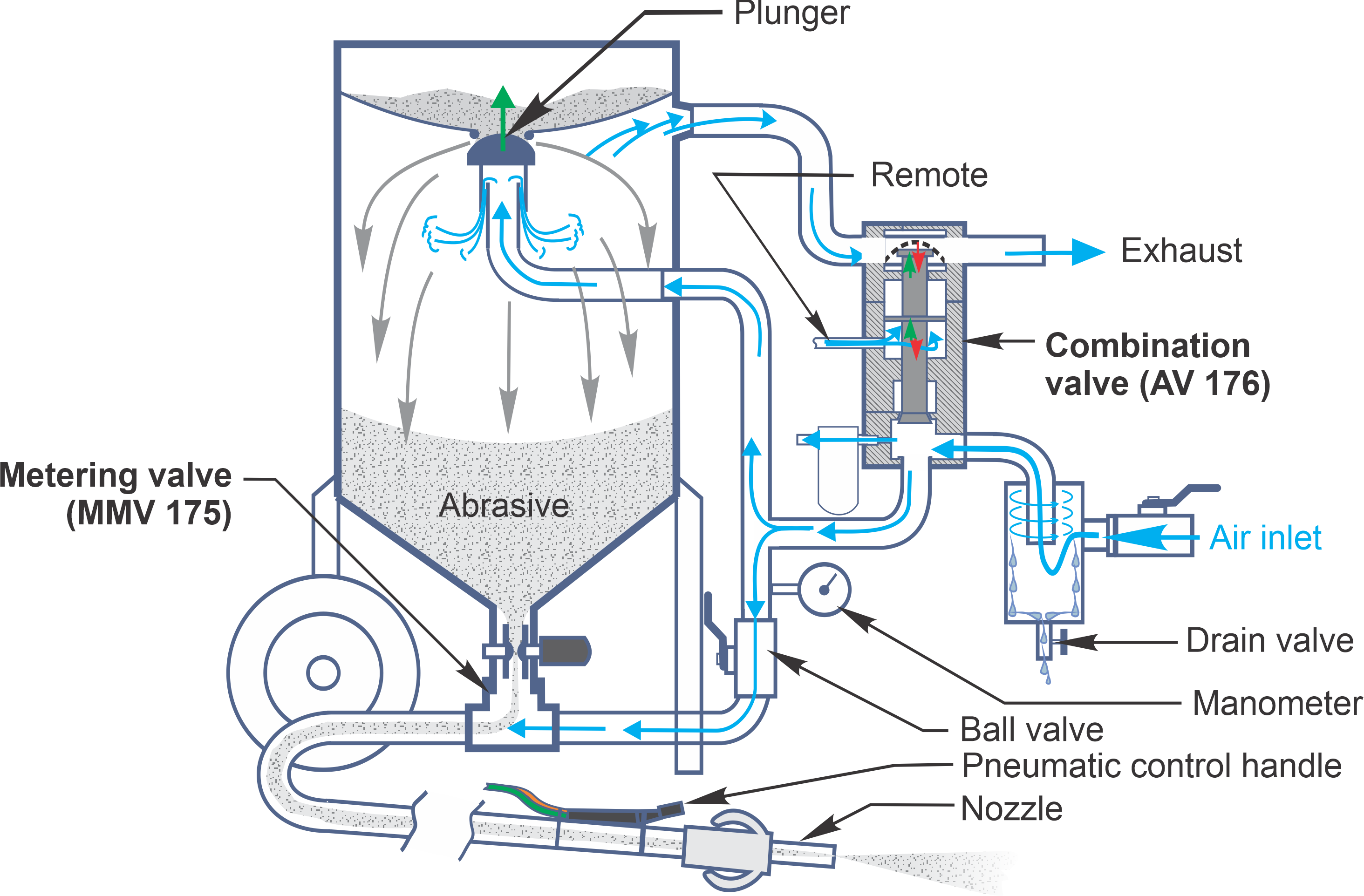 The RC-186 Pressure Hold System relies on two manually-operated ball valves to control the pressurization/depressurization of the vessel – one at the air inlet and the other at the exhaust pipe. To build up pressure inside the vessel, the operator must simply open the air inlet valve and close the exhaust valve. To release the pressure, they must simply do the opposite.

Once the pressure vessel is pressurized, the sandblaster is ready to go. When the operator activates the remote-control handle, a signal is sent to activate both the AV-186 Diaphragm Air Valve and the Abrasive Metering Valve (either the AR7 or PMV-186) simultaneously. When both valves are open, the compressed air can flow through the push line, collect abrasive media during its passage, and be propelled at a high velocity through the blast nozzle. 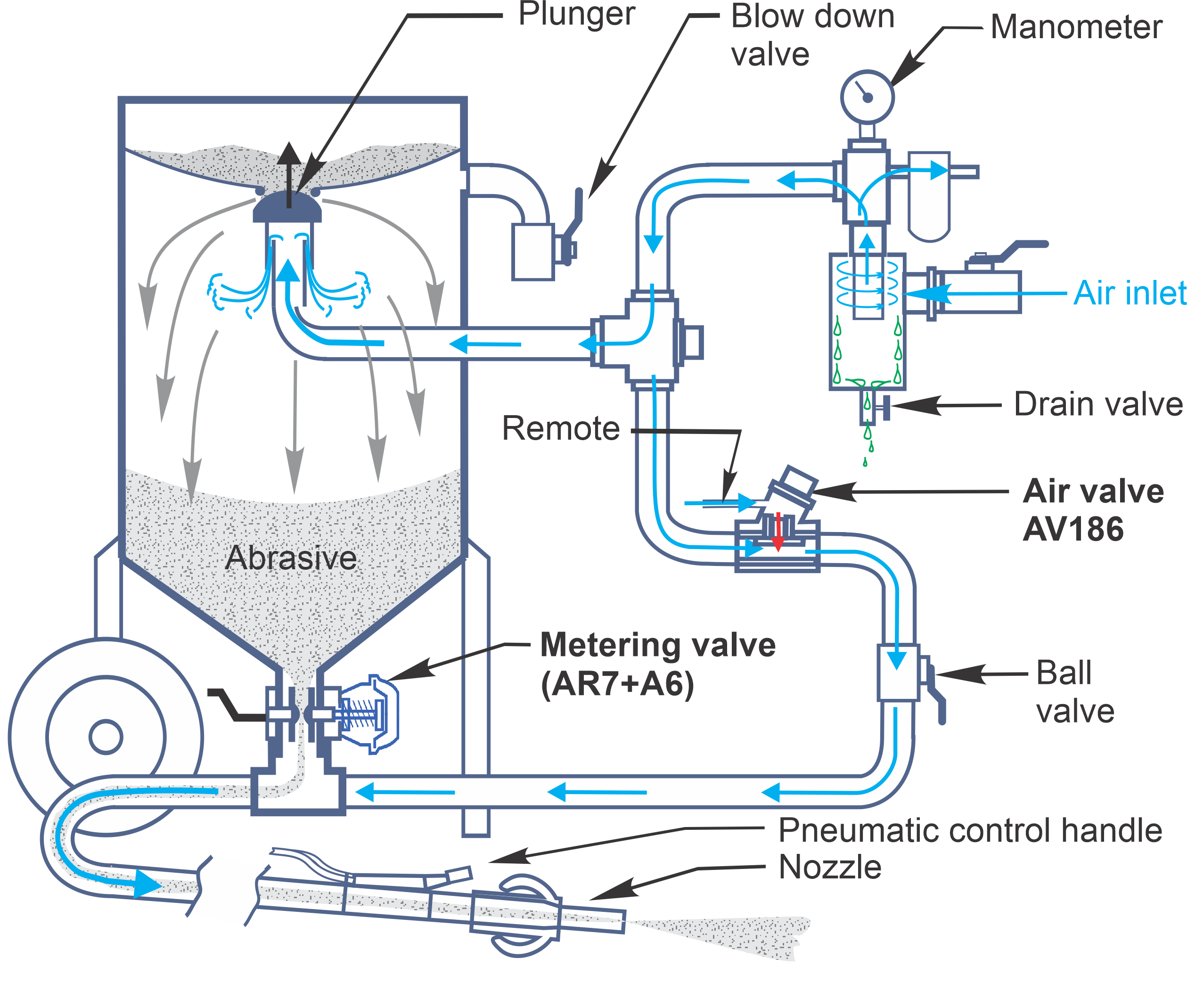 COMBO SYSTEM WITH A REMOTE SWITCH

The Combo System (RC-176/186) offers the same benefits of each system collectively, without the inconvenience.

The RC-176/186 double control system operates similarly to an RC-176 Pressure Release System, with the addition of a switch box which interferes with the signal to let the operator control when the pressure must be released from the pressure vessel.

As long as the switch is set to “Pressurized Vessel”, the operator can control the push line and the Abrasive Metering Valve (either AR7 or PMV-186) by activating the remote-control handle. When the blast pot runs out of media, the operator must simply set the switch to “Depressurized Vessel” to release the pressure inside the blast pot, let the plunger fall, and allow abrasive media to fill up the pot.

Contact one of our exerts today to help you chose the right equipment for your application.